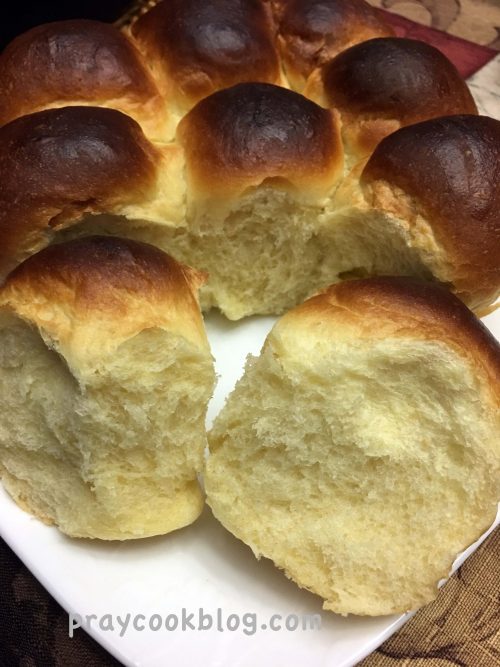 If you have been a part of My Daily Bread Body and Soul very long you will know that I adore making bread.  I like eating it but even more, I like making it!   I was in Japan a few years ago on vacation and I don’t remember bread ever being served.  And what about the Japanese restaurants where I’ve never eaten bread?

Recently I saw a post for Milk Bread from The Brown Eyed Baker.  When I saw her pictures I was drooling. When I read the list of ingredients I was puzzled.  Flour, water, cream, honey, yeast, eggs – this all sounds familiar.

I read a New York Times article that said when panko, Japanese bread crumbs, first appeared here, American cooks fell in love with the crispy texture.  And I do love panko breadcrumbs! But how could breadcrumbs arrive from Japan, a land without bread?

Ta-da!  The answer is here,  in the lofty, feathery white bread that is a staple at bakeries throughout Asia.  Panko is often made from the heels of the loaf, called the “ears” in Japanese. Milk bread was developed in Japan in the 20th century, using tangzhong, a warm flour-and-water paste traditionally used in China to make buns with a soft, springy texture and tiny air bubbles. 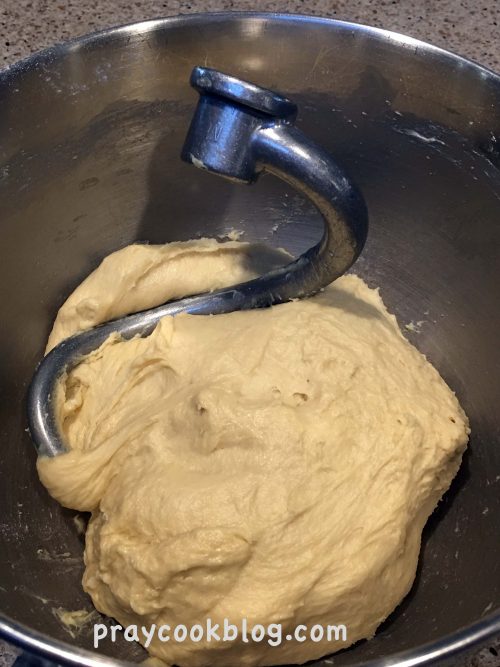 Using a recipe from Julia Moskin, I found Japanese milk bread with a soft crumb and buttery taste is easy to make at home, using grocery store ingredients. Once the tanzhong is cooked and cooled — about 10 minutes on the stove — you have a leavened dough that is soft and pliable with a fragrance that beckons everyone to the kitchen.

This loveliest of dough can be shaped into rolls, round loaves, pull-aparts, or an actual loaf of bread!

My oven was a little hot (and I wasn’t paying close enough attention) and so these rolls look a little over-browned.  As it turns out they weren’t.  My Chief Bread Eater and Sous-Chef Dish-washing mom flipped over Japanese Milk Bread. 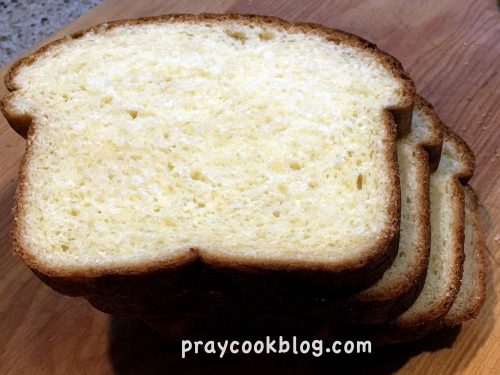 Me?  I am making it again this week. Enough said. 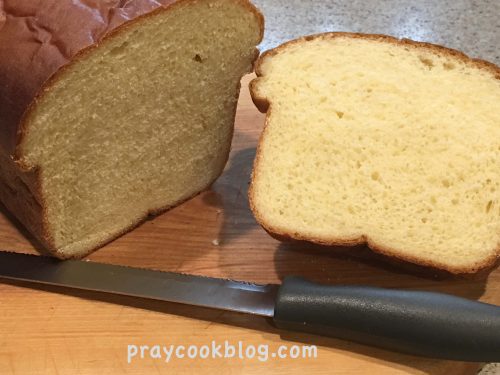 Save Print
Prep time
3 hours
Cook time
40 mins
Total time
3 hours 40 mins
Add Japanese Milk Bread to your repertoire of bread recipes - you won't be sorry and your family will flip over it - like mine did!
Author: Adapted by Catherine Daugherty
Recipe type: Bread
Serves: 2 loaves
Ingredients
FOR THE STARTER
FOR THE DOUGH
Instructions
Notes
Recipe adapted from:
https://cooking.nytimes.com/recipes/1016275-japanese-milk-bread