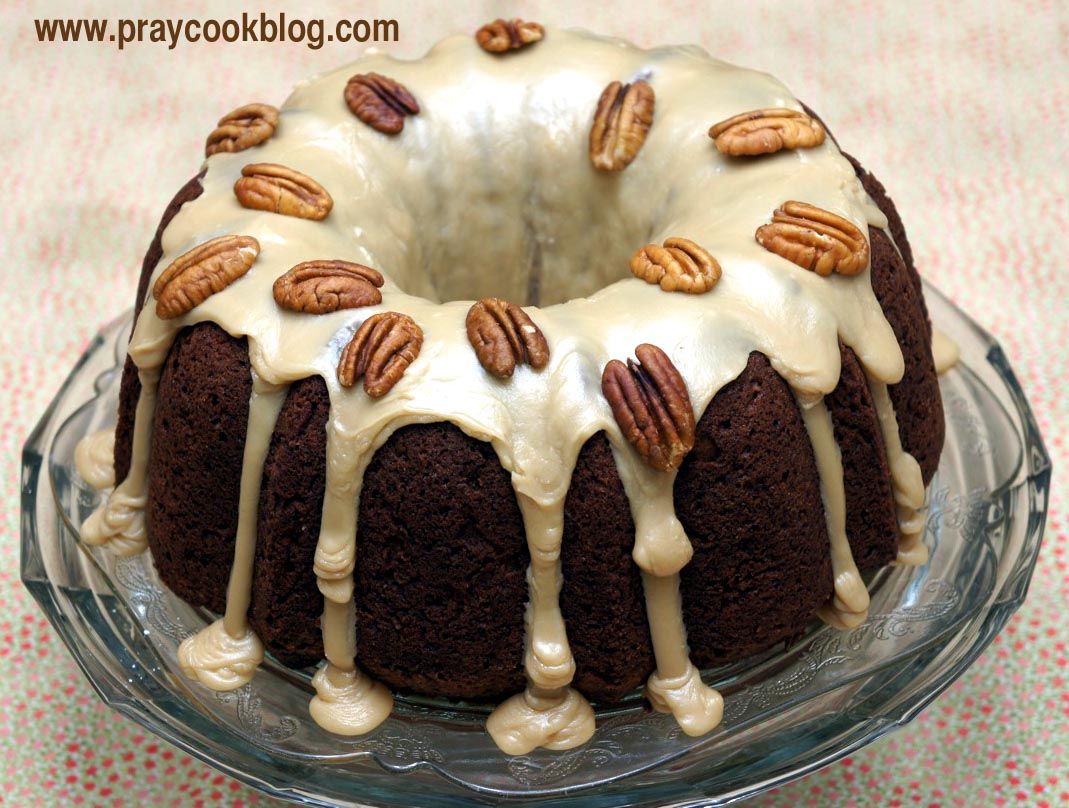 Last September when I received my copy of Southern Living magazine, the cover photo was their Apple Cream Cheese Bundt Cake.  I loved the look of the cake and any fresh apple cake sounds wonderful to me.  However, I was on my way to cruise the northern Atlantic for my 20th wedding anniversary and the magazine photo faded into the back of my mind. 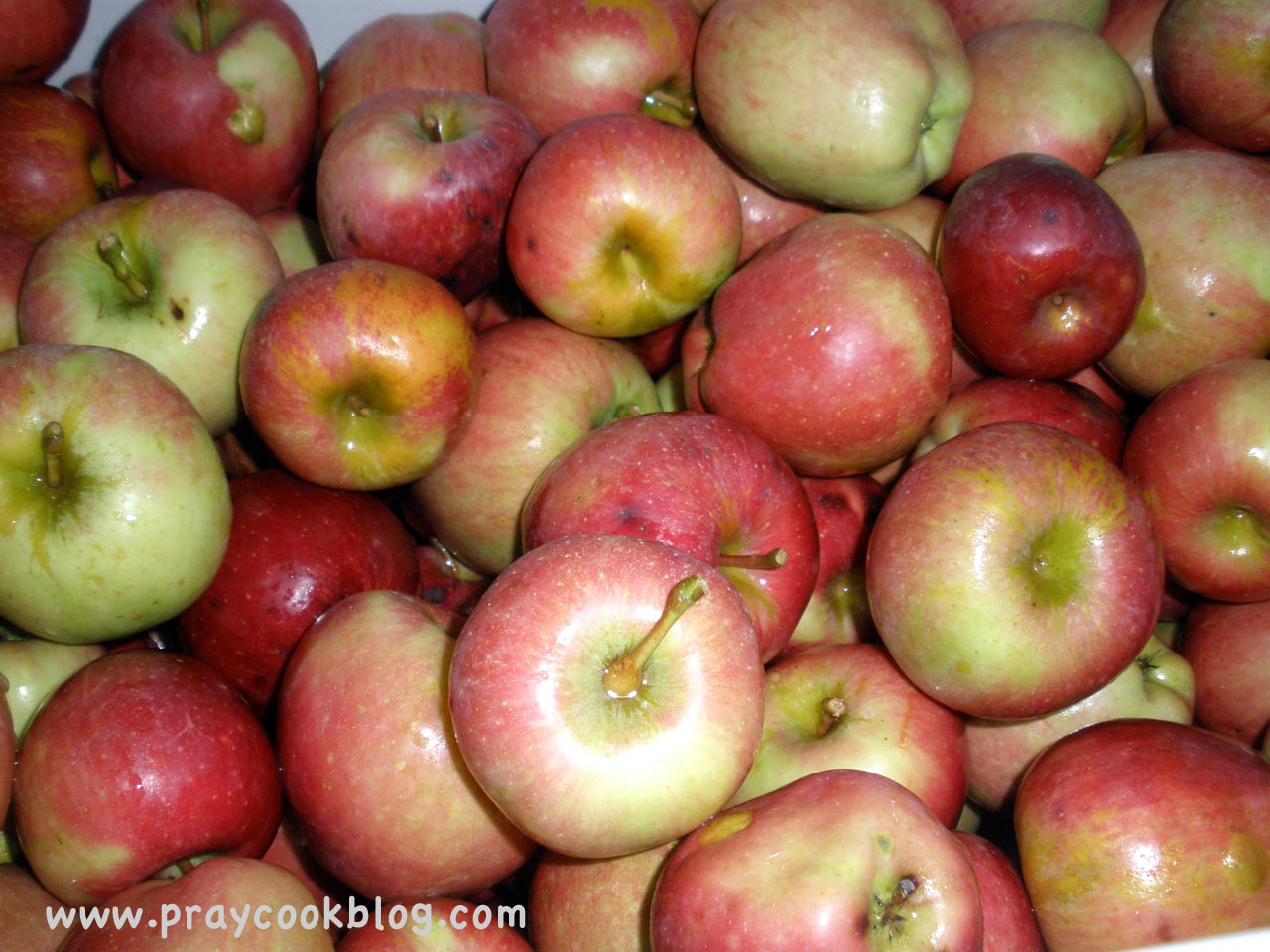 Fast forward 12 months and my kitchen is filled to the brim with fresh apples just picked from the trees of my brother-in-law. It’s fall … well, almost and I adore everything fall!  Except hurricanes… While Issacc whirls and swirls against the coast we are still dry in middle Tennessee. I digress … 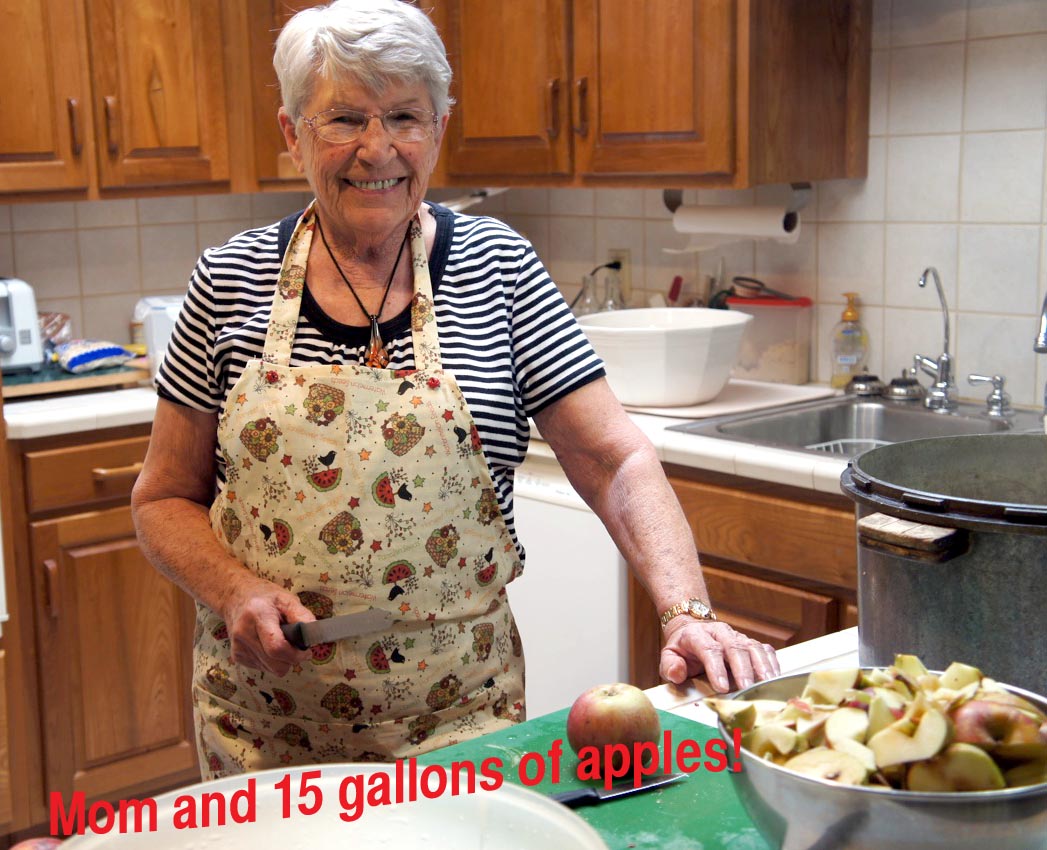 The apples this year are beautiful and plentiful.  We are so blessed!  While my dear sous-chef dish-washing mom cleaned and peeled, I had visions of that fresh apple Bundt cake dancing across my mind!  A quick search of Southern Living’s website and I found the recipe.  You won’t be surprised to know I added my own touch, but the basic recipe is the same 🙂 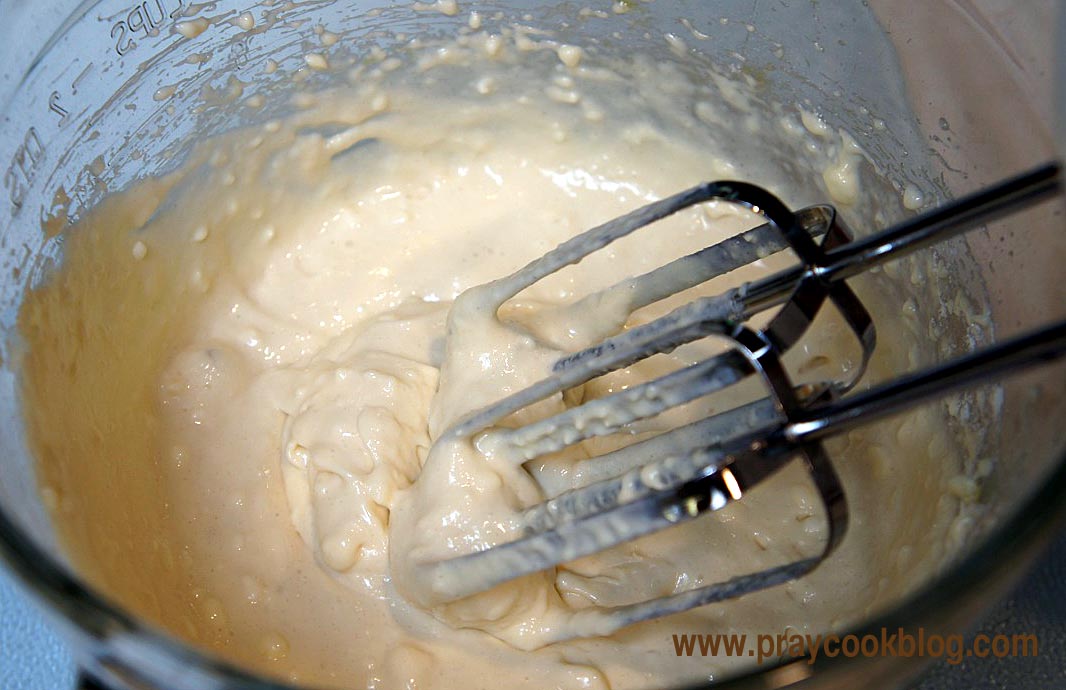 First things first,  is to make the cream cheese filling.  I love all things cream cheese. Plain, on a bagel, smeared with jelly, in a pastry, as a filling, spooned right out of the container (you don’t do that?) Love it all! 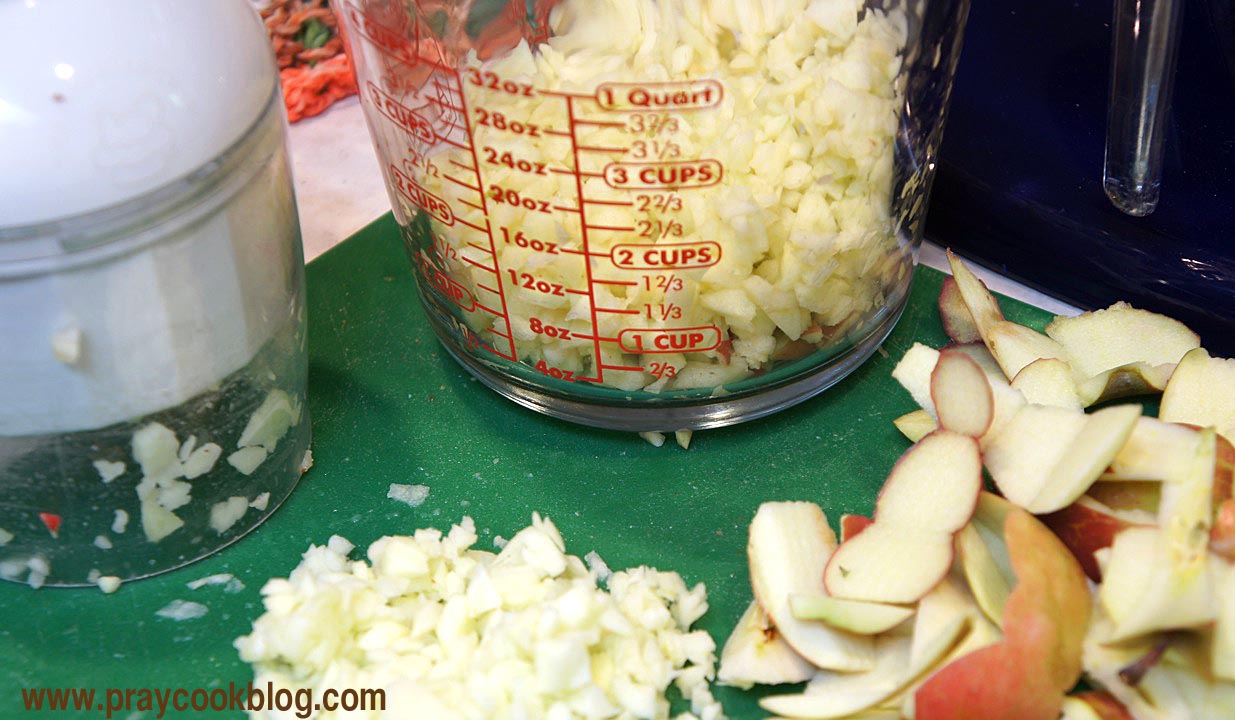 Then I started peeling and chopping apples for the cake. Truthfully I was getting quite excited because I have wanted to make this cake for so long! 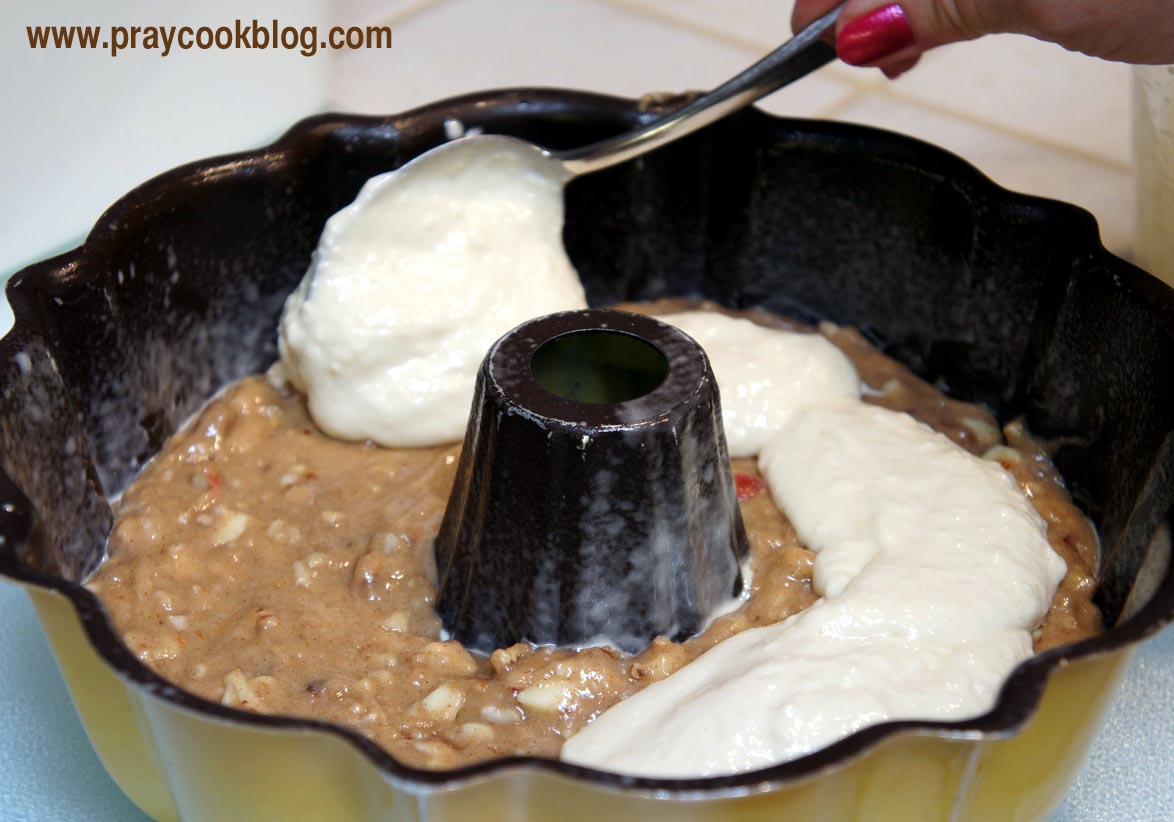 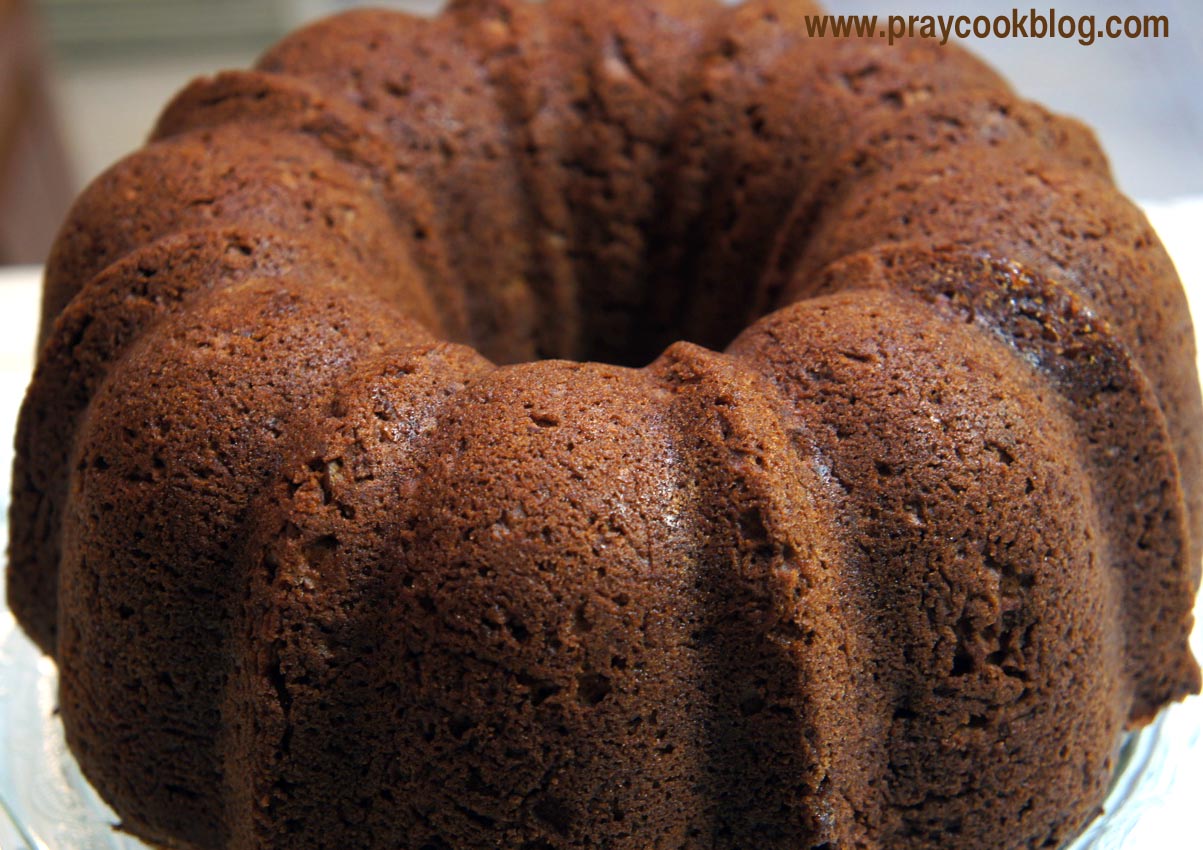 As the cake baked the house was filled with the most incredible fragrance.  Yes, just like fall. I took this picture because when I turned the cake pan upside down this absolutely gorgeous cake slid right out.  There wasn’t a crumb left in the Bundt pan.  I don’t always have that kind of luck with a made-from-scratch cake! This one is already on my “keeper” list! 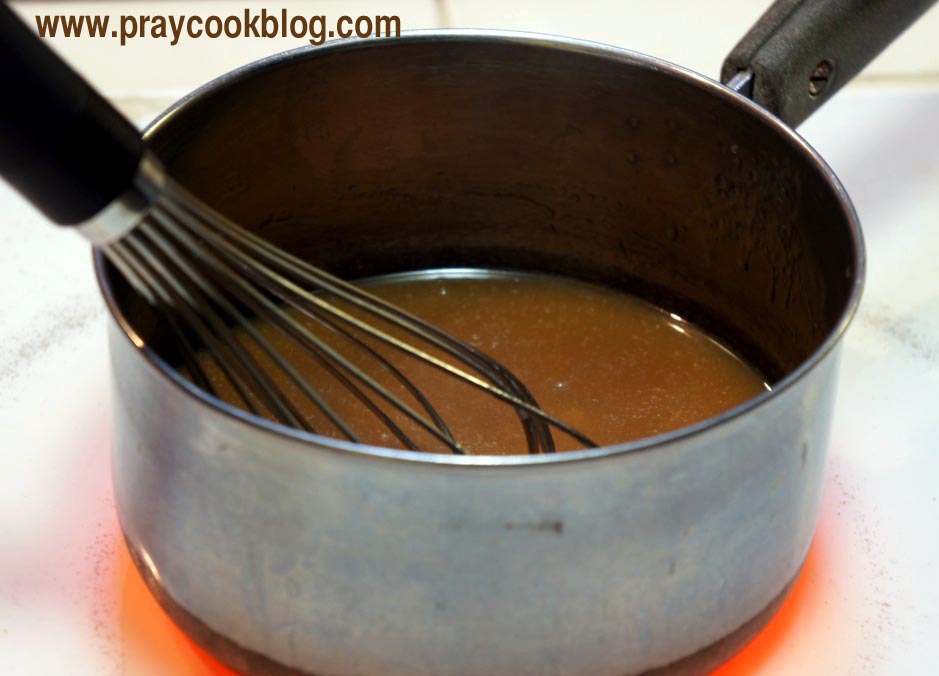 When the cake was cooled I made the praline frosting.  I fell in love with “pecan praline” long before I moved to the South.  Now, it is just an added benefit of being Southern!  I should have realized that Southerners didn’t invent pralines as a quick search told me French settlers brought the praline recipe to Louisiana, where both sugar cane and pecan trees were plentiful. During the 19th century, New Orleans chefs substituted pecans for almonds, added cream to thicken the confection, and thus created what became known throughout the American South as the praline. Pralines have a creamy consistency, similar to fudge. It is usually made by combining sugar (often brown), butter, and cream or buttermilk in a pot on medium-high heat, and stirring constantly, until most of the water has evaporated and it has reached a thick texture with a brown color. Then it is usually dropped by spoonful onto wax paper or a sheet of aluminum foil greased with butter, and left to cool.  In the case of my fresh apple cake, the praline is used for the frosting and it is luscious! 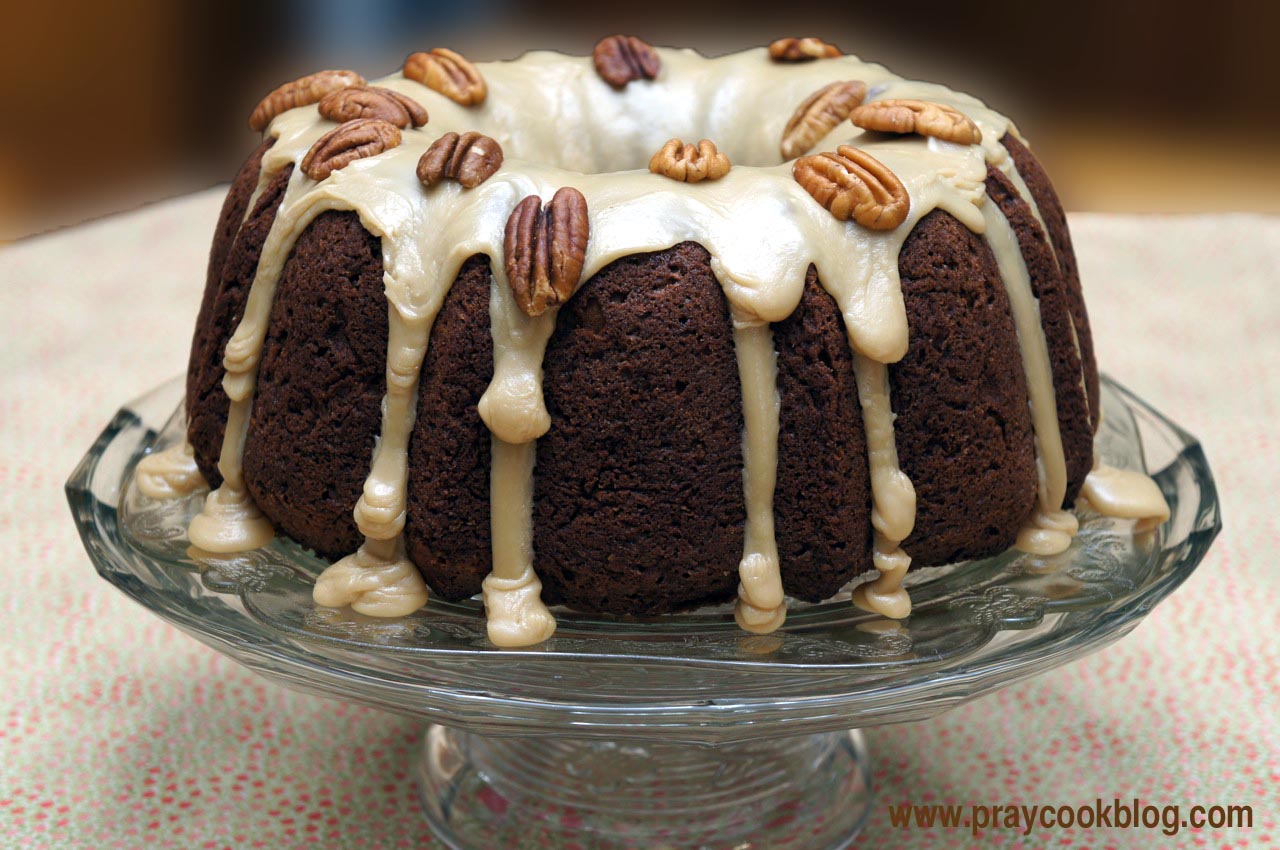 The praline cools and hardens pretty quick as you can tell from this picture.  I spooned several layers and each one left its own little drip.  I garnished with a few whole pecans. 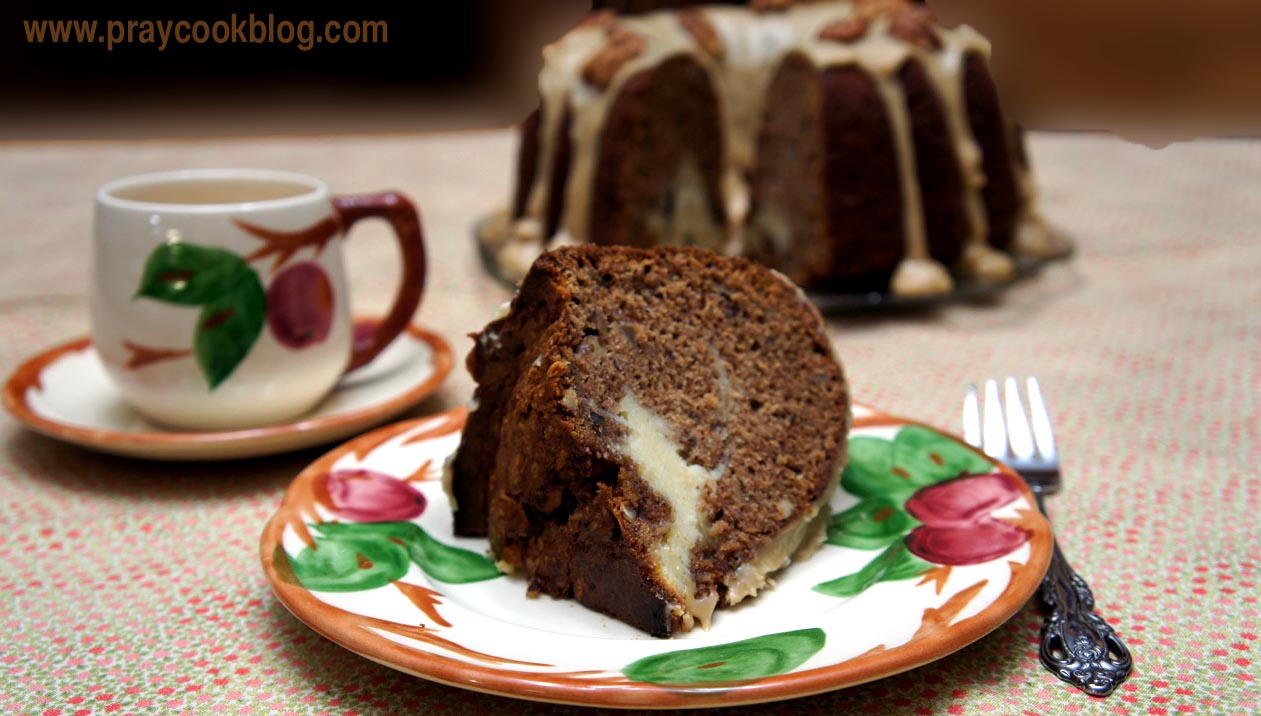 The only regret I have is that you aren’t here to have cake and coffee with me.

Recipe can be found and PRINTED from my Tasty Kitchen Recipe Box!

“Consequently, you are no longer foreigners and strangers, but fellow citizens with God’s people and also members of his household,” Ephesians 2:19 NIV