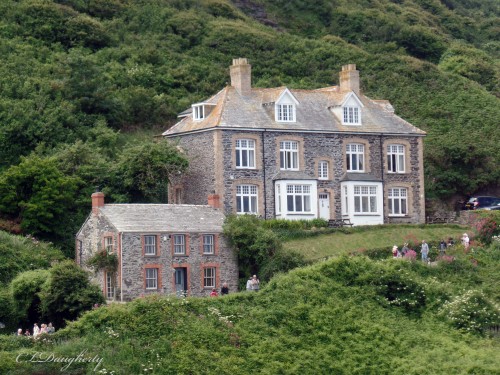 Are you a fan of the  megapopular comedy series Doc Martin?  I AM and so is my English comedy-loving husband!  This past summer we had the opportunity to spend a day in Port Isaac, aka Port Wenn. 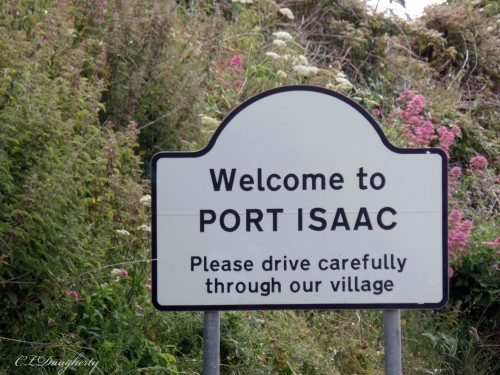 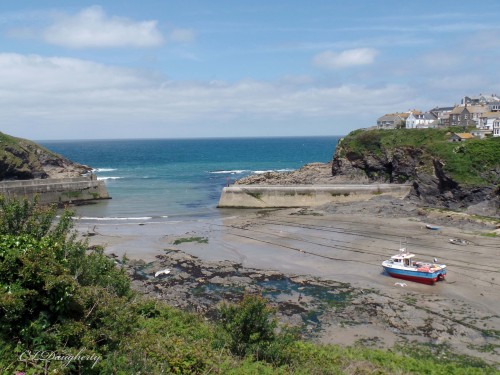 Port Isaac  is a small and picturesque fishing village on the Atlantic coast of north Cornwall, England, United Kingdom.   For 7 seasons this beautiful seaside village of Port Isaac becomes Port Wenn for the filming of Doc Martin. 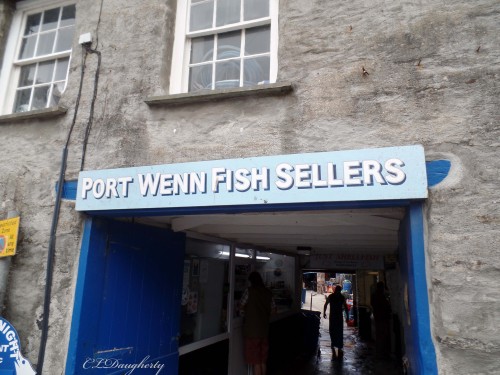 We met friends for a lovely lunch just across the street from the Port Wenn Fish Sellers, which is an actual fresh fish market.  When we arrived we had no idea of the excitement building just down by the harbor, not far from where we lunched. 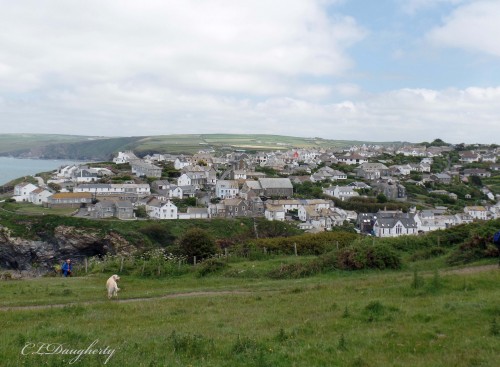 It was after lunch that we walked through the village up past the famous medical clinic and home of Doc Martin. This grassy knoll rolls across the ridge overlooking the sleepy village. 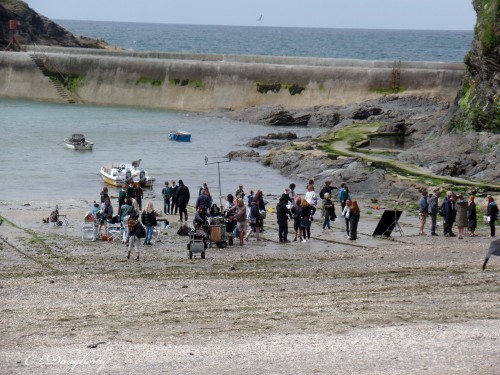 It was afternoon and we made our way back down the grassy walk towards town.  That is when we noticed a crowd gathering in the harbor. 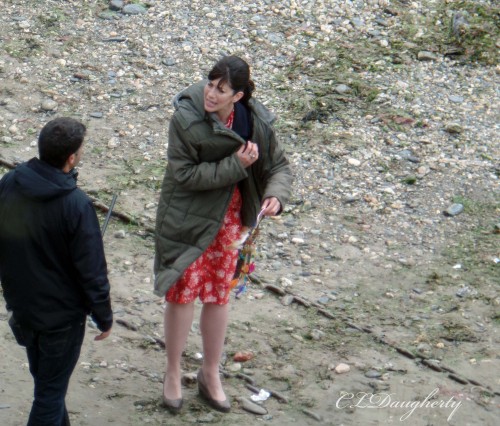 As we drew closer to the harbor,  guess who was filming?  Do you recognize Louisa? I was absolutely thrilled to know the Doc Martin crew had arrived and were filming through the rest of the afternoon. Caroline Catz plays the Doc’s wife and was the center of the afternoon filming.

The wind was picking up and down by the water it must have been colder as we saw Louisa pull on a heavy coat between action shots.

I could hardly move away from the area as I saw her re-enact the filmed scene over and over. 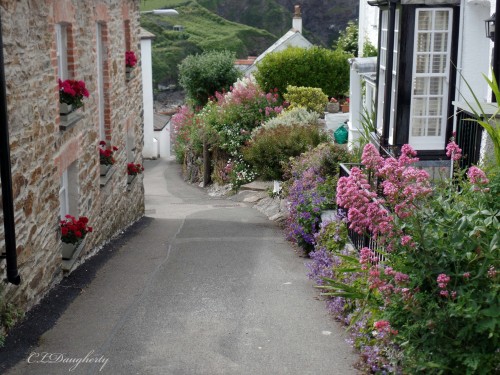 Even though I was totally star-struck, we did move on and wander through the flowered lined streets.  We recognized areas of the village from previous episodes of Doc Martin!

The mid-June flowers in full bloom lined the streets and homes of local residents. 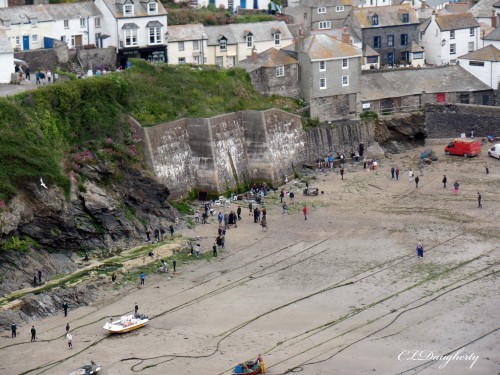 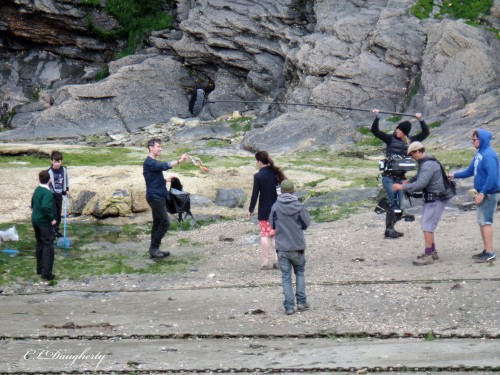 The second episode of this season Louisa wore this dress and jacket through the entire episode.  We did not see these scenes and I don’t know if they didn’t make the cut, or we will see them later in the season. 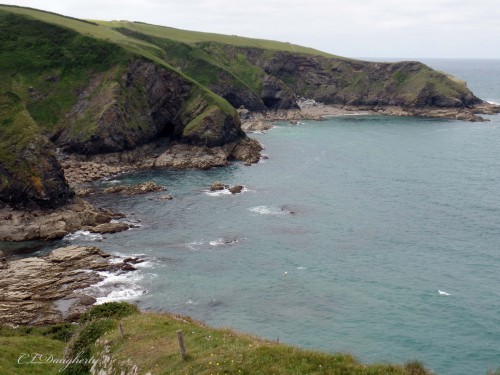 At the end of the day we walked the coastline back to our parked car.  I have several hundred pictures from this day and it was hard to choose just a few to post. 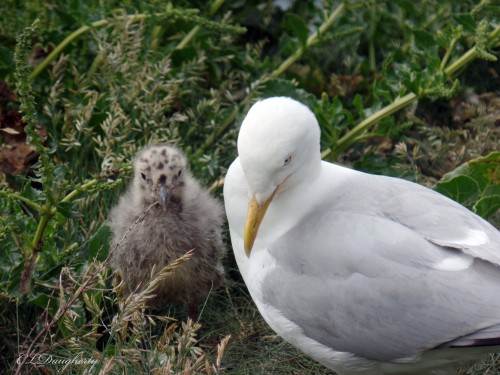 All-in-all this momma and her baby stole my heart.  This little one and its siblings are being raised just on the edge of the cliff above the coastline out of the reach of many predators!

I hope you have enjoyed this little visit to Port Isaac, Cornwall, UK. For me it brings my senses alive, remembering the slight breeze, the cool sunny day, fragrant flowers and excitement throughout the village as the “stars” aligned and we watched the Doc Martin filming!  So fun!

Have a blessed week,
~ Catherine

5 thoughts on “Doc Martin and Me!”