On April 23, 1977 at the age of 46 years old my father left this world of life under the sun to spend eternity with our Heavenly Father. I don’t begrudge the fact that he died young because I believe his presence with Jesus is far greater than life on earth. But my heart has an ache for the hours and days and years that he and I did not get to spend together as adults. 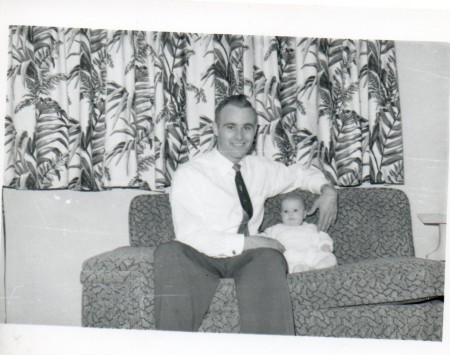 Reed Dankers. “Hi Cathy. I found myself thinking of your Dad on this Father’s Day. As we celebrated Trinity Sunday in church and sang Holy, Holy, Holy my thoughts immediately went to marching in to Job’s Daughters. Your Dad so graciously devoted so much of his time and energy to us and I just wanted you to know that all these years later I am still thankful.”

Kim’s message brought back a flood of memories. Even though my father’s hands were worn and rough from life as a carpenter, for many years he exchanged his overalls for a suit every other Monday night as he mentored young girls, including me, as our Associate Guardian for Job’s Daughters. 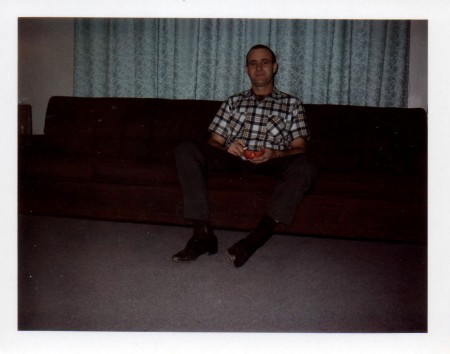 It was during my time in Job’s Daughters that I saw my father model the love of Jesus to so many. He was always there for meetings, activities, and state conventions. He provided gentle, yet stern guidance. When I won the title of Miss Nebraska Job’s Daughter my father traveled with our Bethel to California for the National meeting. He was as at ease in the midst of 25 young girls as he was with my brothers doing “guy stuff.” 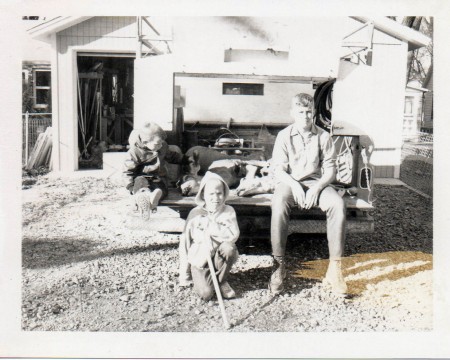 My father raised 3 sons and he did all the things that father’s do with their boys. They built Boy Scout derby cars, hunted for pheasants and deer, played on jet skies, played basketball on the driveway, and tended to the yard. He was there when the boys competed in sports activities and he provided summer jobs for them to learn carpentry skills.  Then he taught them how to build a kayak. 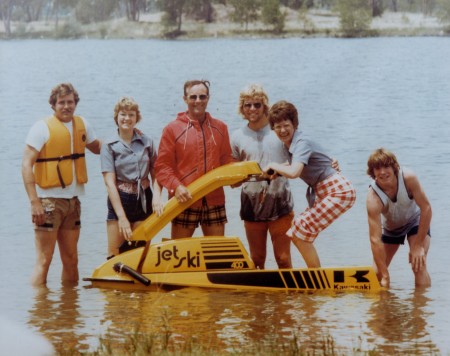 But he never forgot he also had a daughter. He gave me all the love and support a daughter could ask for. I was only 21 years old when he died. We didn’t have time to develop the relationship between father and daughter as adults. But I know it would have been filled with love, lots of laughs, and a good dose of guidance.

This year on Father’s Day my mother hosted a family reunion at Fort Robinson State Park in Crawford, Nebraska. This picture represents his legacy and living proof of the love they shared and the families that grew out of that love. Our father is gone from this earth but never for a moment forgotten. He lives on in the eyes and the souls of his children, grandchildren, great-grandchildren and even a great-great grandchild. 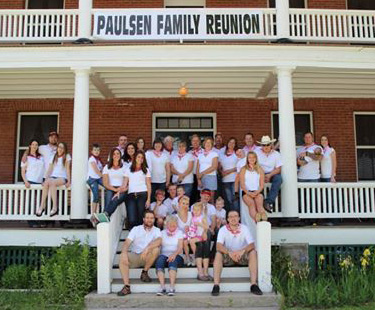 We are blessed that dad was on this earth for 46 years, and for the memories and legacy he left behind. I anxiously await the day our souls with reunite in Heaven.

Thank you Dad, today and always.
I Love You, Catherine

P.S. Thank you Kim for the beautiful reminder you shared about my dad.

4 thoughts on “My Dad, His Legacy”